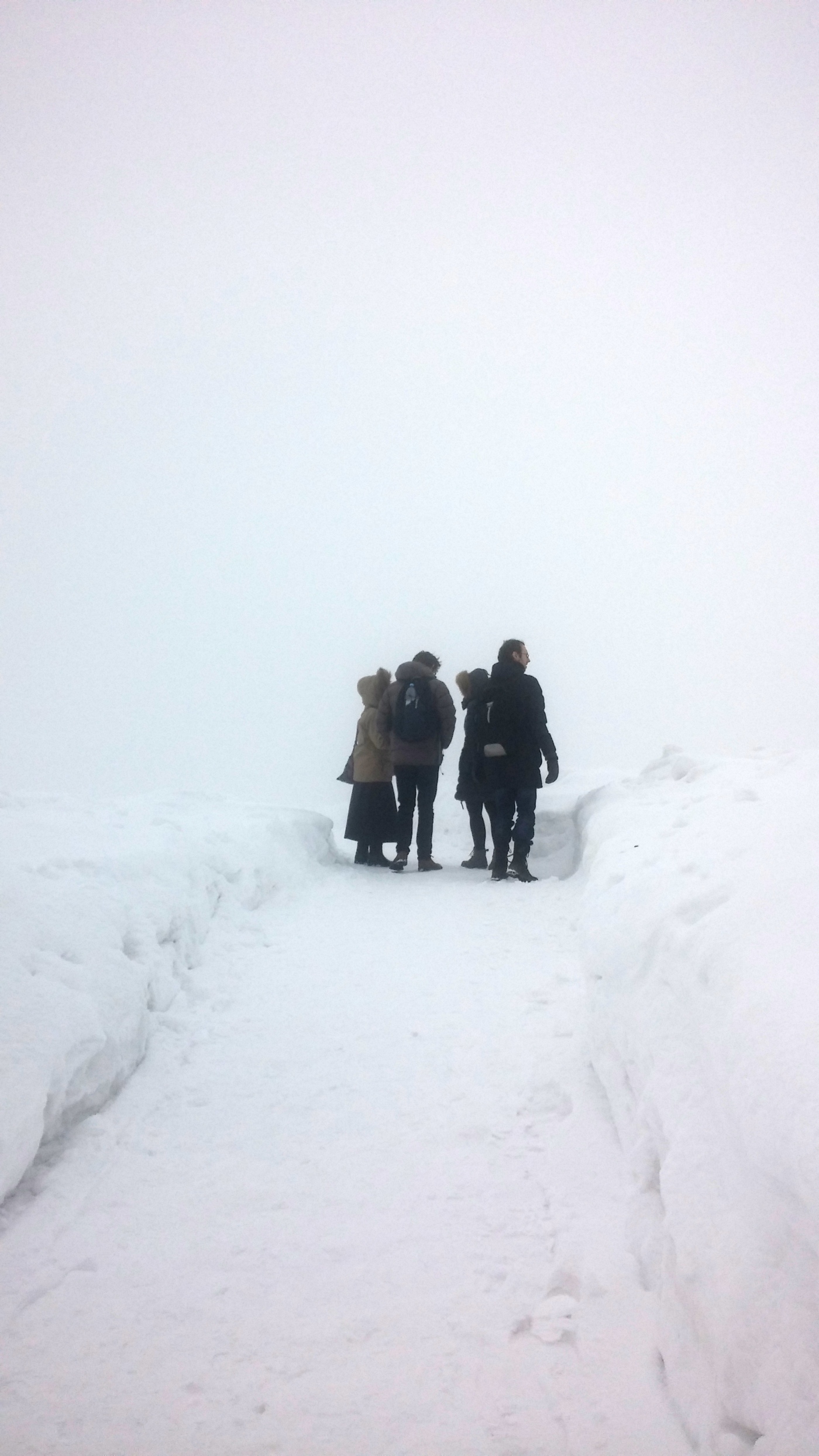 Sometimes when studying abroad I need to remind myself of the fact why I actually chose to go to Russia. What were the reasons again that I chose for this isolated city unknown to any foreigners? Well, last Saturday was another day which made me realize that I came here to not only learn about Russia from books but to experience the country to the fullest and see everything through my own eyes. Last Saturday, Russia showed itself from two completely different sides: the Russia which seems to been stuck 50 years ago and a new and progressive side which I didn’t expect to find here. Let me take you on a unexpected side of Russia!

On a cold and rainy morning we gathered with a small group of international students to go and visit one of the local highlights of the region: the beautifully breath-taking Belogorksy Monastery. Finally we would go and see this landmark and get a guided tour from a specialist on this field, but first we needed to survive another ride on a Russian bus for two hours. So our tour guide Natalya warned us that drinking big cups of coffee just before getting on the bus might not be such a good idea ‘’because, you know, it might start some processes’’. Against one’s better judgement we entered the bus and survived the bumpy ride meandering around potholes in the road.

We drove through a beautiful, green and hilly landscape and the views couldn’t be bothered by the rain. But as soon as we reached the top of the hill where the monastery was housed we drove into a bank of fog. When we got off the bus Natalya asked us whether we could see the monastery. Well. We couldn’t.

All we could see from the monastery were some vague contours, so we decided to enter the church and get a taste from real Russian culture. As Natalya told us the church was and is still a major element in Russian daily life and culture. The many people who entered the church and made the sign of the Cross and devotedly kissed the chest with relics showed the strong bond of Russians with the Orthodox faith.

In the church we listened to, what I believe to be, the most boring guided tour in the history of monasteries. The nun who gave us the tour was quite occupied with her phone. So whilst she reeled off her story, she would interrupt it every now and then to pick up her phone and give a tirade that she was currently working and therefore could not pick up the phone. We decided to leave the church and look for the well with holy water, which was quite a quest due to the mist and huge piles of snow.

On our quest we ran into a Russian monk wearing an Orthodox habit complete with a big golden cross. To make his look somewhat more edgy he completed his outfit with an army jacket. He was so friendly to show us pictures on his smartphone of what the monastery looks in the sunlight. Yes, even technology made its way far into the hinterlands of Russia. And obviously also the internet reached this region, because as soon as the monk noticed that we came from the Netherlands he gave his condolences to us because of the death of Johan Cruijff. 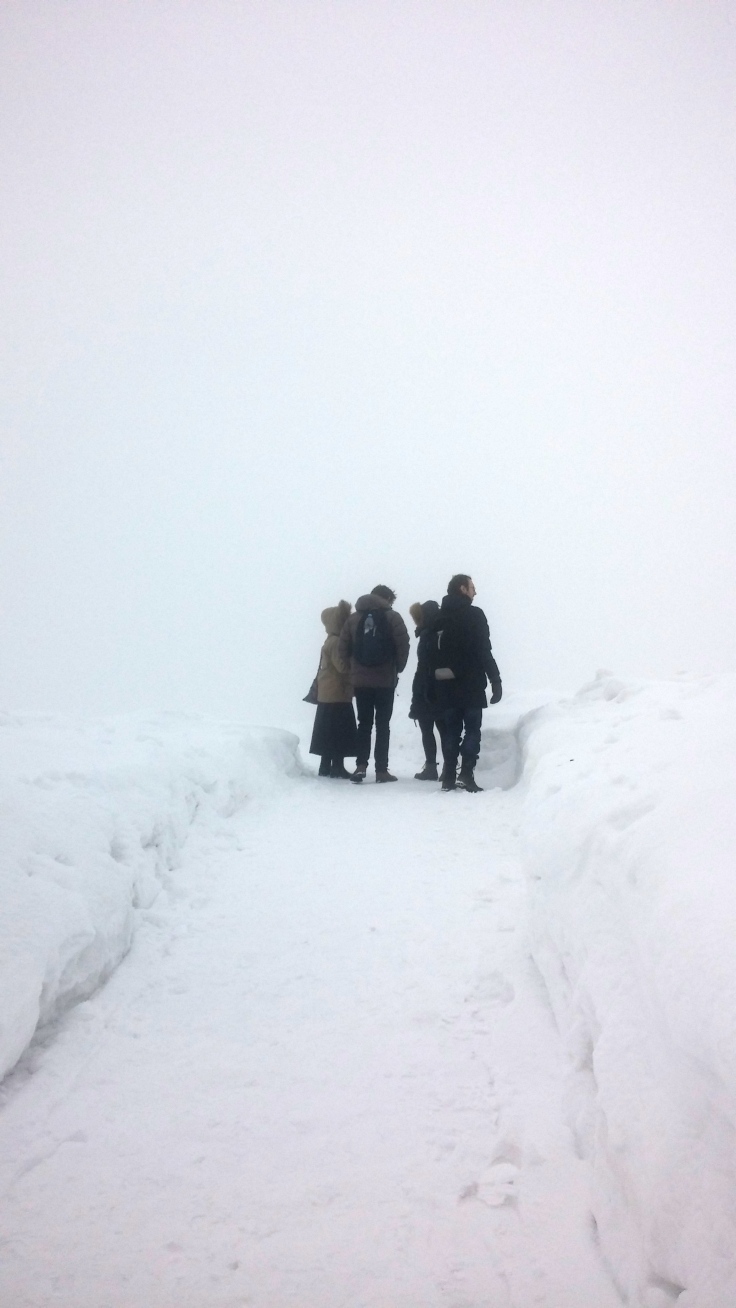 After this slightly disappointing visit to the monastery, we decided it was time to hit the road again and to get ready for the night. With a group of international friends we planned to shake off everything we learned in the church and to have a wild night. So we did.

After the first necessary shots of vodka to start off the night our day took a big turn. We decided to get a cab and to visit a drag queen show which we read about on Instagram. The cab took us to a for me still unknown city district full of grey old Soviet flats. At first sight it didn’t really look like a place to have a good party. I was proven to wrong, because as soon as we entered a yard through a back door we found ourselves in the thriving gay scene of Perm. The show started soon enough and the drag queens were received by the audience with great enthusiasm. The crowd adored the queens and I even got a compliment on my hair from one of the drag queens. I still don’t know whether I should be happy about this compliment or not … 😉 The night was long and we mingled in the crowd and made many new friends whilst enjoying the necessary amount of wodka and tequila. 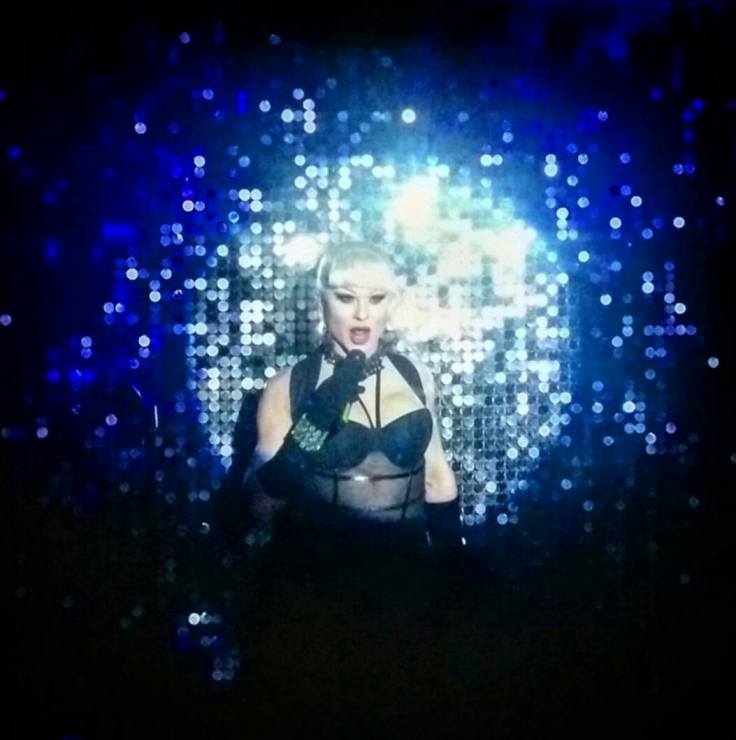