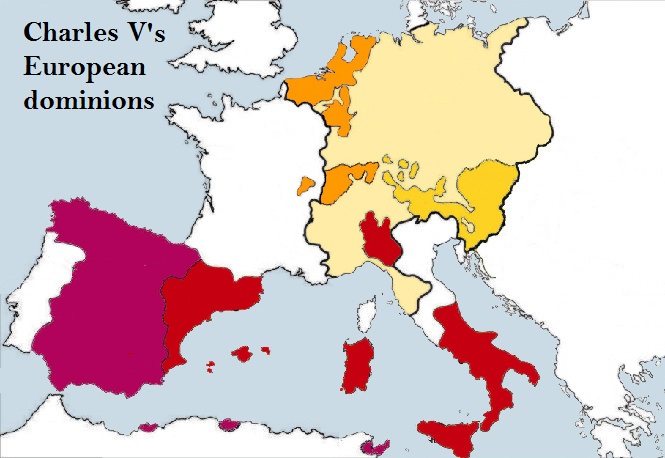 In the second part of this never-ending saga (nah ok one more and we are done, but you can refresh your memory here) we left our friends of the late renaissance Utrecht on the crest of the wave, in their Bishopric of Utrecht.

However in 1528 Charles V, the holy roman emperor, abolished the figure of the prince-bishop, and brought in a personal union the Bishopric of Utrecht together with the other Dutch provinces.
To remark his new absolute rule, he built the castle of Vredenburg, heavily garrisoned by Spanish soldiers, to guard the city. This quite unsurprisingly led to a widespread discontent through the low countries, which resulted eventually in the creation of a Union of the seven Dutch provinces unsatisfied by the Spanish rule: once gathered in our city in 1579, they created the namesake Union of Utrecht, forerunner of the modern Netherlands.

The Union successfully revolted against the Habsburg and the Spanish Empire and gained independence in 1580. The first step taken in Utrecht after this accomplishment was to demolish the detested Vredenburg: and this is why today you can see a weekly market on the namesake esplanade instead of an imposing fortress.

At this point Utrecht was thus in the centre of the newly created Republic of the Seven United Provinces, a dynamic new state based on seafaring and explorations and trades with the Indies, in what was defined the Dutch Gouden Eeuw (Golden Age).

However as it happens even too often in history, religious beliefs were a source of troubles. After the Reform, the Low Countries had embraced the Calvinism, and albeit tolerant, converted the majority of their catholic churches into protestant ones. This of course interested particularly Utrecht, till that moment the main centre of Catholicism in the Netherlands, and its St. Martin’s Cathedral, which indeed turned into a protestant building in 1580. Now follow me in the back-and-forth that happened since then.

In 1672 in what was deemed as the “disaster year” (rampjaar) for the Dutch history, war erupted, once again also tragically for religious reasons, against France. The French armies easily won against the Seven United Provinces and occupied Utrecht: one of the first act of the conquering force was to reverse the Cathedral to Catholic masses. A year after the French invaders left, and once more the rollercoaster of the confessions continued, with a new conversion of the Domkerk back to Calvinism. At this point, and allow me to distance myself a bit from an historical jargon, it’s easy to guess that God was pretty annoyed by this shilly-shallying, considering how he wreaked havoc on the poor cathedral.

On the evening of August the 1st 1674 at half past seven, one of the most powerful and unexpected storm the city had ever witnessed hit her for more than an hour, and in particular did so with the Dom. If the choir of the building had been reinforced in a perfect Gothic style by flying buttresses
, this was not the case for the central nave which for a lack of funds had been left sustained only by its columns – the position of which can be seen today by the hexagonal coloured areas on the pavement of Domplein. The central part of the Cathedral collapsed, taking with it allegedly up to 50 poor Utrechters who had looked for shelter under its roof.

This catastrophe marked significantly the spirit of the city: many believed it had been indeed an act of God’s wrath, and the nave was never rebuilt. For more than 150 years its ruins remained there where they had fallen, with no hands daring to remove them, leaving just a stark scenario between the remaining choir and the Domtoren. And so it must have appeared to the many nations and kingdoms representatives who gathered in the city in 1713 to sign a landmark agreement in European history: the Peace of Utrecht.

2 thoughts on “The Great History of Utrecht – Part III”